Counter-Measures: Series 4 was a full cast audio anthology released in July 2015 by Big Finish Productions, and the fourth and final release of Counter-Measures. The series would later be revived with Who Killed Toby Kinsella?, starting a new series, The New Counter-Measures.

Four brand new adventures with the Intrusion Counter-Measures Group, as long-held secrets are torn open… and the deadly truth dawns at last:

When an explosion disrupts work on a monorail, Gilmore, Allison, Rachel and Sir Toby investigate the enigmatic company behind the project. But with government interference on one side, and dangerous businessmen on the other, who can they possibly trust?

4.2 The Keep by Ken Bentley

For many years Sir Toby has used the Keep - the most secure and secret prison in England - to hide away incredibly dangerous threats to the country. But now two prisoners are attempting to escape - and they're not the only ones.

4.3 Rise and Shine by John Dorney

Old enemies are becoming friends. Old friends are becoming enemies. As they finally discover who they're up against, and with the future of the planet at stake, the Counter-Measures team have to risk everything to survive.

The dust may have settled, but the threat lives on. With the team in hiding, and an unknown enemy at their heel, they need to turn the tables, and quickly. But can they ever really be safe? 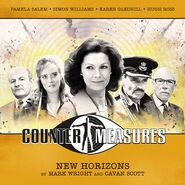 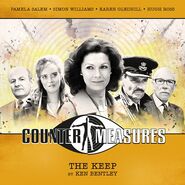 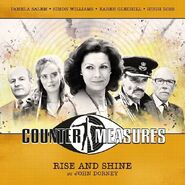 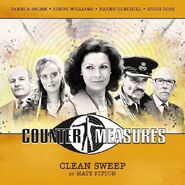