You may be looking for Companion Chronicles. 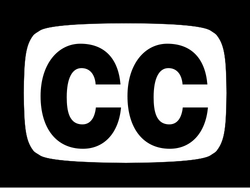 Closed captioning, often abbreviated CC, is text that appears, generally in the lower third of a television screen, which transcribes the auditory portion of programming. The captions are considered "closed" because they don't appear by default; the viewer has to take some positive action to "open" them and make them visible.

Traditionally, closed captioning was a service provided for and only used by the hearing impaired. However, as more sophisticated televisions made closed captioning easier to access, more people without hearing loss began to avail themselves of the option, especially to help with understanding unfamiliar accents. The closeness with which the closed captioning transcript hews to the soundtrack varies according to many factors.

Retrieved from "https://tardis.fandom.com/wiki/Closed_captioning?oldid=2644492"
Community content is available under CC-BY-SA unless otherwise noted.