Class was a multi-media spin-off series of Doctor Who, co-produced by BBC Wales and BBC America[1] for digital television station BBC Three and BBC America[1]. It was announced on 1 October 2015. Class was aimed specifically at a young adult audience and contained sexual content, violence and language above the level allowed on the parent series. Class was the first BBC-produced Doctor Who spin-off series since The Sarah Jane Adventures ended in 2011.

Created by Patrick Ness, who was also the sole writer, Class took place in Coal Hill Academy,[2] (formerly Coal Hill School) which first appeared in Doctor Who's very first episode as the school Susan attended in 1963. Coal Hill had also been a recurring location during series 8 and series 9, as the school where Clara Oswald and Danny Pink both worked as teachers and the Twelfth Doctor briefly worked as a caretaker whilst under "deep cover".

Class was first released on BBC Three's streaming service on 22 October 2016, with a BBC One broadcast following in January 2017. In Canada, the spin-off aired on the Space channel.[3] Australia aired it on ABC2.[4]

Class is in many aspects similar to its sister spin-off series Torchwood as well as series 5 of its mother series Doctor Who, in which "the boundaries of space-time have been stretched to breaking point, allowing all manner of creatures through." However, Ness pointed out that "We're not telling stories of the 'chosen ones'." and that "It's happenstance that puts these people [at the centre of things]. What if your timing is just weird and things happen to you? How do you deal with it? I'm interested in real consequences. The Doctor is always exciting, but he never [stays]. He goes off on the next adventure. What happens to real people?"[5]

On 13 June 2016, a bit earlier than scheduled, Ness revealed the lead would be a gay character who has a boyfriend, whom he kisses, sleeps with and loves. Ness told that given the recent Orlando shootings, riots caused by homophobia, over the weekend, it seemed less important to keep that a secret.[6]

Class originated from discussions between Steven Moffat and Brian Minchin about potential spinoffs. Minchin expressed his interest in discussing the idea that they had in mind with Ness. According to Steven Moffat, when interviewed by DigitalSpy, "he came in. And completely changed the idea, really. To, in my view, a much better one." [7]

Ness, however, related to Radio Times, on 29 July 2016, that the idea for Class had started from the rejection of a Doctor Who episode; "At first they asked me to write an episode of Doctor Who, and I said it's a brilliant show, but I've just spent so much time doing work for other people, and I really want to do something of my own. And they said, well we have this idea for setting a spin-off in a school. And it was like, 'ding'! It's been fantastic, I've got six weeks of filming to go. The cast are great, and it's been a fantastic experience. I can't wait for you to see it. Fingers crossed! It's going well."[8]

In an interview for Doctor Who Magazine #502, Steven Moffat told: "My boys are both teenagers, of course, so I'm quite excited to see what they'll make of Class, which has a lot of great stuff for that age group. Well, for every age group, but thanks to Patrick Ness, it captures that teenage world with great poignancy and wit."[9]

On Twitter, Ness jokingly confirmed that Class would feature the return of Quatermass, an all-nude episode, OMD, Toyah, a dream episode, and otters.[10]

It was rumoured that the 2016 Doctor Who Christmas special would be a Class crossover, but this rumour turned out to be false.[11]

Due to misinterpretation of Fady Elsayed's CV, some fans also believed that he would be making a cameo appearance in Series 10. This turned out to be false, and his CV was actually referencing a cut appearance in The Bells of Saint John.

On 4 June 2017, Patrick Ness announced that the future of the series was uncertain, and that even if it were to be renewed he would not be taking part. [12] [13]

On 7 September 2017, Radio Times spoke to BBC3 controller Damian Kavanagh about a future return of Class, in which Kavanagh said: "No, no. There was nothing wrong with it, I thought Patrick [Ness] did a great job, he explored an amazing world. In honesty it didn’t really land for us on BBC3; some shows don't and I have to make decisions about what we’re going to do from a drama point of view, and what we did after Class was Clique which worked really well for us."[14]

All twelve of the audios were set during series 1: 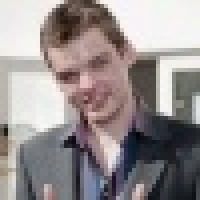 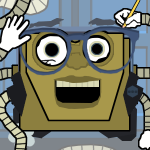 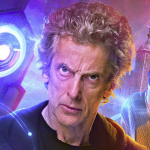 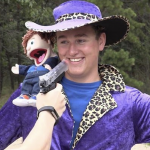