48 Bucknall House was a London flat where Rose and Jackie Tyler lived. (TV: Love & Monsters) It was located on the Powell Estate. (TV: Aliens of London) The flat was also unofficially called 143 Enoch Tower, in the mistaken belief that the estate was christened by Enoch Powell. (PROSE: Rose)

Jackie and Pete first moved into 48 Bucknall House in the late 1980s. It was where Rose grew up as a child. (TV: Father's Day, Doomsday)

In 2005, Rose brought an amputated Auton arm home from her encounter with the Autons at Henrik's. Mickey Smith threw the arm away, but it returned through the cat flap to attack the Ninth Doctor and Rose when he was searching for its signal. The Doctor deactivated the arm with his sonic screwdriver. (TV: Rose)

On 24 December 2006, a Christmas tree came to life and rampaged through the flat before being destroyed by the Tenth Doctor using his sonic screwdriver. (TV: The Christmas Invasion)

In 2007, Rose briefly came back to the house to see her Jackie because she has just come from an alternate world where her mother was converted in to a Cyberman. (TV: The Age of Steel)

Jackie continually invited Elton Pope over to her flat, ostensibly to do odd jobs like fixing fuses, but actually so that she could seduce him. When Rose rang her, Jackie came to her senses and realised what she was doing. When she discovered Elton was looking for the Doctor and initially made contact entirely to get to him, she was extremely upset and forced Elton to leave. (TV: Love & Monsters)

Rose came back to the house one last time with the Doctor. However, Jackie revealed her grandfather had come back in the form of a ghost. Investigating the news and various TV shows on the television within 48 Bucknall house, the trio left to investigate the matter further. (TV: Army of Ghosts) 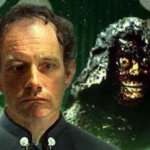 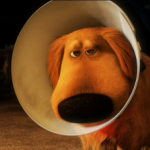