After every series, I sit down and rank the NewWho seasons from my least favorite to my absolute favorite. I haven't posted my rankings here since Series 9, so I'd like to share my thoughts once again with my fellow Whovians! Please reply and share your rankings or feel free to discuss mine.

45 years ago today, the first actor to portray The Master, Roger Delgado, was killed in a car accident during the filming of a tv miniseries. It is said that his passing was one of the main reason for Jon Pertwee's retirement from the role of the Doctor. It would have been interesting to have seen where his career would have taken him, would have made a great Bond villain. Still the best Master in my opinion. 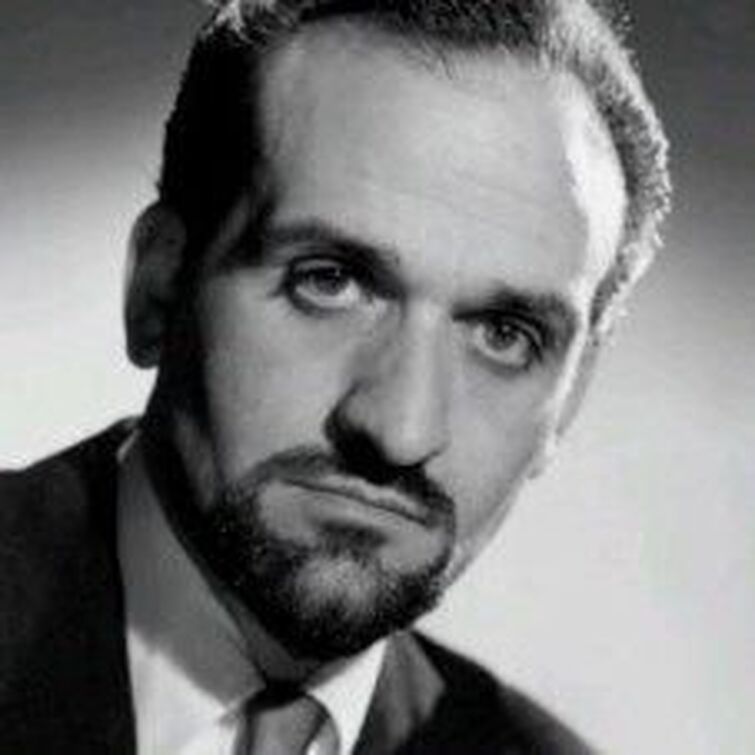 I just finished mine too! (Taught myself to knit just for that.)

Season 13 of Classic Who is my all-time favorite series, but this is just New-Who, which I also love.

Well everyone, it's time once again for me to rank the NewWho seasons from worst to best. (In my opinion). Last time I did this, I didn't include series 10 as it had just premiered. So now I will share my opinions once again also because my opinions have also changed since.

11. Series 7 (The only ones I really enjoy are A Town Called Mercy, The Power of Three, and The Crimson Horror.)

6. Series 10 (No real horrible episodes, just not any amazing instant-classics really either. The lovable characters are what made it nice, but ultimately just an almost half-hearted reboot.

2. Series 1 (A great bridge between the classic era and the modern era.)

1. Series 4 (Best series in my opinion, the only story I don't care for is The Doctor's Daughter.)

I also like 2001: A Space Odyssey, The Goonies, Citizen Kane, Inception, Back to the Future, The Indiana Jones Films, Gremlins, The Princess Bride, The Harry Potter Series, and A Christmas Story.

I want to know everyone's opinion on Tegan leaving The Doctor in Resurrection of the Daleks. You'd be surprised on how many people don't like this departure, saying it felt rushed or they wish she left him on better terms.Personally, I like the scene, with all the deaths literally every companion of The Doctor since day one witnesses regularly, It was very surprising to finally see one that just couldn't take it anymore, even if it isn't his fault. Just think if in your life, you saw innocent people being killed near constantly. Nowadays if they'd try a departure like this, I'd be announced like, a year ahead of time, half the episode would be a sad mope fest, and the companion would return to ruin it in the very next series...

I'd have to say, oddly enough, The Magician's Apprentice/The Witch's Familiar. Such a pointless and boring story, started out good though.

I personally thought The Chase was fun, if a little goofy.

Death to The Daleks was interesting, seeing the Daleks stripped of all weapons, resources, and in very few numbers to see how they adapt. Something quite unique.

I even have a bit of a soft spot for Destiny of the Daleks.

A reply to Shreya Kulkarni
9

While it wasn't as emotional, people always forget how sad the Second Doctor's end was. He lost literally everything he cared about in only a few minutes. But I suppose it's just new series fans being new series fans -_-

I wanted to take a moment to ask everyone how they would rank the New-Who series from worst to best.

Here is my ranking:

Feel free to ask me questions about my ranking, or give me yours!

Either The Celestial Toymaker, or The Abominable Snowmen. They are the most visual and don't work as well on audio.

@VokunConroy, Good thoughts, but I'm counting beings of any kind, not robots, as long as they're alive. I was actually going to mention "Turn Left", all the deaths were undone, except for Turn-Left Donna, but even that was kinda cancelled out. But the Time Beetle died, so I didn't count it.

a while ago, I talked about episodes where no one dies. I now think I should have explained it better.

Episodes where no one dies whatsoever:

"The Savages" (Ironic considering that it takes place during a war)

"The Empty Child/The Doctor Dances" (Unless you count some people who MAY have died in the London Blitz, off-screen )

"The Doctor, the Widow, and the Wardrobe"

"In the Forest of the Night"

Most minisodes and parodies.

More if you go only by human deaths.

Now here are stories where no one dies arguably/based on technicalities:

"Fury from the Deep" (The weed)

"Terminus" (At least not on-screen)

"Fear Her" (Chloe's father, although he was already dead)

"The Eleventh Hour" (Except for Dr. Ramsden and some other doctors, who were killed off-screen)

"The Beast Below" (Hawthorne said some people got eaten by the whale, not during the episode as far as we know, but still)

"The Curse of the Black Spot" (At least not on-screen)

"Night Terrors" (Except for (presumably) the dolls)

Tell me if I missed any.

I have a couple companions I can't stand.

Dodo: Obnoxious, Bland, and sooooo 60s (Did they really think those styles would last forever?)

Kamelion: An interesting idea, too bad they left him hanging for 5 stories before bringing him back... Just to kill him off?! Why even have him in the first place?

Jackie Tyler (If she counts): Naturally grading, naturally one of the most unbearable characters in Who History.

Adam Mitchell: If you even remember him, you'll know exactly why I don't care for him.

Would be The Celestial Toymaker, The Sea Devils, The Black Guardian, Omega, The Rani, & The Mara

If I'm in the mood for a more comedic and quirky story, I'd say either Patrick Troughton or Tom Baker. However, I'd have to say David Tennant, he was my doctor.

Evil of the Daleks

Tomb of the Cybermen

Genesis of the Daleks

Those are all the must-sees of the classic era.

Terrible Plot, did not care for it. It ruined Clara's emotional ending, and honestly I could go on and on about what's wrong with this. Good special effects and twists though. 4/10

A reply to DoctorWho23
0