The original poster's point, of course, is exactly the position of this wiki.

A reply to Kel Profitt
4

Light patterns throughout the early part of the episode indicate that it's late afternoon edging towards dusk. But the conclusion of the episode is clearly at night — a fact made explicit on screen not only because shots of the final battle are at night, but because the newspaper the next day has a headline of "Night of Tesla Terror".

(edited by CzechOut)
A reply to Chm cage
0

Works really well on AppleTV as a channel via the AppleTV app. That way, you can Family Share with others.

I'm not so sure I'm on board with this notion. It would start to introduce too much "timey-wimey-ness" into things. And it diminishes the importance of River.

If it must be done, I much prefer a later Doctor with an earlier companion — Polly with Five, Eight with Susan, or even Ten with Sarah Jane. It's logical.

It's also good to me that there are some companions who never quite understand regeneration. I don't need Martha or Donna to know the Doctor beyond Ten. The point of their stories is the specific relationship to Ten, just as (the real) Bill's deal is knowing only Twelve.

And it's also okay with me that some companions know about the general concept of regeneration without knowing specifics of other lives, like the current crop of companions or (the televised) Liz Shaw, or Izzy Sinclair. To me, that's a really cool state of being that matched what I knew about Doctor Who for a long time — I knew that there were other Doctors, but I didn't actually know who they were.

I'll give ya The Meddling Monk, maybe, but I'm not particularly wed to the Rufus Hound version. I'd rather let a new actor, preferably one who's not a fan like Hound, find their own interpretation. That approach worked brilliantly with the Gomez Master, it's working well with Whittaker's Doctor, and I think we'd stand a better chance of getting something extraordinary if we went with a new actor.

A reply to Benjamin Nash
3

To me, Doctor Who doesn't work like this. There's no "perfect season". Often there are great companions in bad stories, or great stories with lacklustre performances, or — quite often — great concepts with poor execution.

What I look for are seasons that generally reaffirm my faith in the entire concept of the show. So: Season 1, Season 7, Season 12, Season 19, Series 1 — a whole lot of (but not every) "first seasons for a Doctor".

But among those "first seasons" I guess my favourite is the most recent season, which was at least good on all fronts — with a couple of episodes that rank amongst other GOATs. But then again, having a companion from and story set in South Asia has long been a dream of mine, so I'm gonna be biased towards the exceptional "Demons of the Punjab". (Even if it was filmed in Spain!)

Gotta disagree with the Bradley thing. Never want to see that misinterpretation of the character on screen again. What a fundamental misunderstanding of the First Doctor!

Midnight, for sure, as a total episode. Though I would argue that the conclusion of Demons of the Punjab is the most horrific thing since the end of The Massacre.

"Martha's Theme" is by far my favourite.

But I gotta give it up for "Abigail's Song" from "A Christmas Carol" and Paddy Kingsland's leitmotif for the gestalt character of the Doctor, "It's the End" — effectively an inspiration for "Vale Decem" — from "Logopolis". (And yah: I just snuck a fourth one in there. Sue me.)

A reply to Heart of Dalek
0

The Smugglers. Or The Savages. I go back and forth. But if it were possible to actually see it, I bet it would be The Massacre. It's just very hard to get a sense of that one on audio alone.

Girl (in) Power!
397 takes
(edited by CzechOut)
A reply to Companionkatniss
0

I'm not offended by the term, but I don't particularly like it or use it. My understanding was that it was coined by the mainstream press and applied to fans, rather than something which organically arose from fandom.

Even if that's not the case, though, it just doesn't make any English language "sense".

"Who" is just one of those awkward terms in English resistant to an easy adjectival form, so you either 1) use "Doctor Who fan" and don't try to torture the language or 2) make up a word.

It's probably hard to re-create this moment today, but "The Stolen Earth" was pretty incredible if you were watching it the day it came out. You honestly had no idea what that regeneration was gonna mean at the end, and seemed perfectly plausible that Tennant was on his way out. The week between "Stolen Earth" and "Journey's End" to this day remains the most exciting week I've experienced with any television programme. Doctor Who fans, but more importantly casual television fans, were absolutely abuzz with excitement in a way probably only seen otherwise at the 50th anniversary episode.

Though I absolutely prefer BBC Wales episodes, there are plenty of great moments in the older version. The cliffhanger between episodes 1 and 2 of Masque of Mandragora is stellar because it’s fun and fairly specific to that particular Doctor. Plus, it’s on film, so it reads well even today!

Phoebe Waller-Bridge, Dev Patel, or Chiwetel Ejiofor. Totally out of reach, realistically, but, dammit, this is a fantasy thread, right?

"Rip-off" is a pejorative term for a common phenomenon in Doctor Who. As Gomez Capulet points out, the show often does pastiches of various stories -- sometimes even its own. So while there are definitely commonalities between the 2010 story and the1970 one, the same could be said of "Rose" and "Spearhead from Space", just to pick another obvious example.

Yeah sorry :) Navboxes are a whole thing that I hope — but can't promise — to get into this weekend. There's a larger issue going on with them in that the base JavaScript is really old and needs to be replaced. But thanks for the report!

Wow. This one is a tough ask.

For my own personal pleasure, I dunno that I can divorce the storytelling into production series like that. No series is faultless enough to be an unambiguous favourite — or one that I won't ever touch again.

It's more, to me, that the storytelling ebbs and flows, without particular regard for series boundaries. For instance, I think that everything from "Father's Day" to "The Girl in the Fireplace" was stellar. I was completely on-board the whole time. That's basically a "series" (of the 2018 length, anyway), but it's split across two Doctors.

The production series 4 is a massive, sprawling thing from "Time Crash" to "The End of Time", and it has mini-runs within it that are great — like "The Unicorn and the Wasp" through "Journey's End" — but the holiday specials are both plentiful and disappointing in this period. So it makes me hesitate to rank S4 as a whole.

Then there's the case of Series 7, which really isn't much of a unified "series" at all. To me, the key aspect of S7 is the way in which Clara positions Eleven for the 50th anniversary, so that he can get new regenerations in his last episode. Basically, there's the "Clara series" and the "let's get rid of the Ponds series". And I just didn't/don't care about the resolution of the Ponds that much. The 2012 "mini-series" is an act of treading water. But all of a sudden, once the Ponds leave, 2013 is allowed to have narrative ambition again. Even River's return here is much more effective and affecting than it was at the end of 2012. (To be clear, I'm not saying I hate the Ponds or anything remotely like that — merely that S5 and S6 provided what I believe was a complete story for them. S7 is something tacked on that weakened their story, and added nothing of great value to the Eleventh Doctor's story that couldn't have been achieved another way.)

So the most I can do with these questions of ranking series is just admit that I don't consume it the way it's produced. What I want are long stretches of satisfying stories — or at least interesting characters — and it doesn't matter to me whether those stretches align with series boundaries.

(edited by CzechOut)
A reply to Rick Kenny
1

People always talk about "Androzani" being the best Davison characterisation. And it's a good, strong one, to be sure. But, to me, the definitional Davison is in "Frontios". I know the Tractators are a bit of a visual let-down, but the story and dialogue of "Frontios" are top-notch — especially the actual resolution of the central problem. "Frontios" part 1 may be my very favourite single Davison episode, and it's likely in my top 5 of all-time of the original version of DW. 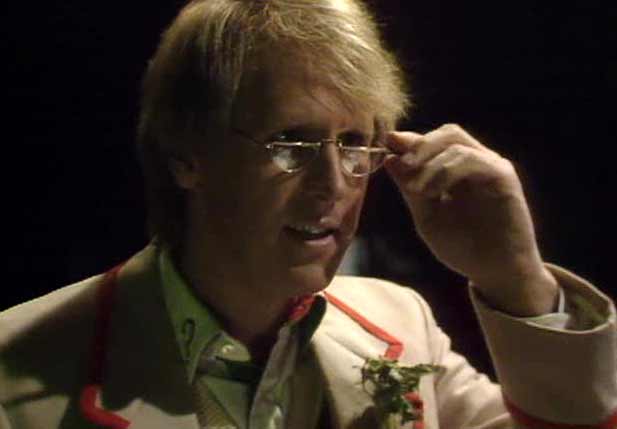