The pattern has been broken!

The 1st Doctor has been ELIMINATED!!!!! 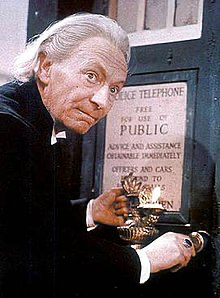 I don’t know about other people, but I didn’t vote for Eleven just because this is the eleventh round. I voted for him because I like Two, Three, Four, War, Ten and Twelve better. I do like Eleven, which is why I didn’t vote for him until this round, but he isn’t in my top five.

@Hacksy68 Why? Everyone’s entitled to their own opinion, but I’m just curious why you think that.

@TimeyWimeyness People always complain Jodie is never able to be serious enough. Neither is 11, it’s he’s too childish and nothing ever seemed sincere. I just really didn’t like him

Childish'? In a sense, nearly every Doctor has a childish moment. Twelve coming out on a tank in medieval times pretending he's a rock star isn't childish? Ten running around having an affair with a blonde girl in 1950s Britain isn't childish teen-romance? Hell, the 2nd Doctor and 4th have a ton of childish moments but they (especially the 4th) are heavily heavily loved by the Fandom. 'Childish' is way to vague a term to justify hating an incarnation.

In other news, should the next round not be starting? It's been days since this one (supposedly) finished.

To quote the Fourth Doctor, l

”What’s the point in being grown up if you can’t be childish sometimes.”

What do you think?